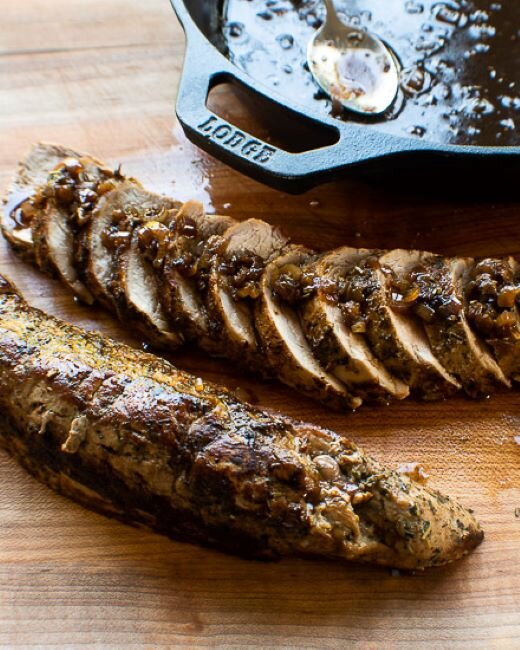 This is one of those recipes that I just keep going back to. The fig-balsamic combination is nothing new, but that’s because these two flavors compliment each other so beautifully. This is a perfect weeknight meal - pork tenderloin cooks incredibly quickly, but is also fancy enough to serve to company (sigh…remember company?) Roast some potatoes and broccoli on a sheet pan while you’re doing the rest of the work, and you have a complete meal in just about 30 minutes. 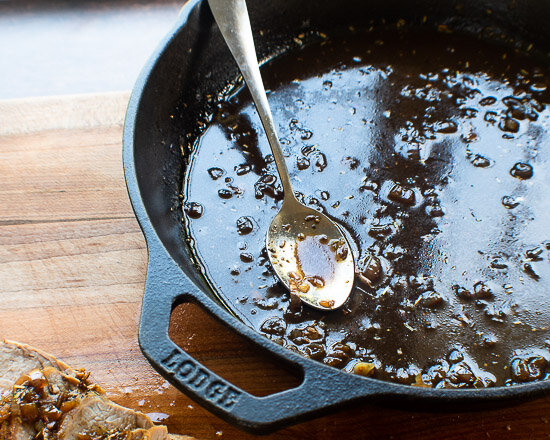 *Just a note about pork cooking times and temperatures. If you cook your pork to 140 and then let it rest for 5-10 minutes, it will still be slightly pink in the middle. That is fine. I don’t know about you, but I grew up in the 90’s when we were all told that eating pork that wasn’t fully well done was basically a death sentence, and as a result we all ate terrible dried out pork for our entire childhoods; and there is almost nothing worse than well done pork.