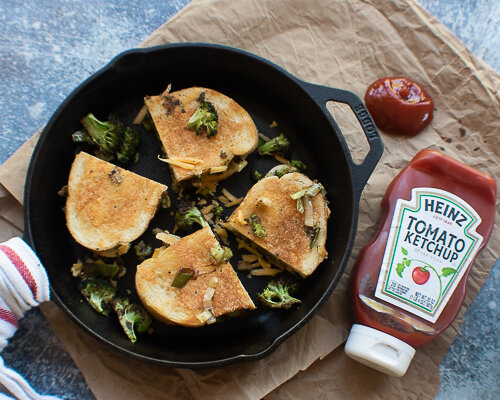 Full disclosure: I love broccoli. Like, really love it. I buy it every week because I know that when I’m making something and cant figure out what to go with it, that broccoli is the answer. If I don’t end up using it as a side dish, I’ll just roast it up and eat it for lunch. Or shred it up and add to a salad. Or steam it with some butter and lemon juice. It’s basically the perfect food that can be made a million different ways, and all of those ways are somehow better than the last.

This sandwich is perfect, because it’s a grilled cheese at its heart, but you can tell yourself that it’s health food because it’s chock full of broccoli and leeks. If you’ve never had leeks, they’re part of the onion family - they look like super huge scallions, and they’re almost criminally overlooked by your average home cook. They take a bit of prep because they need to be cleaned extremely thoroughly, but they’re worth it. 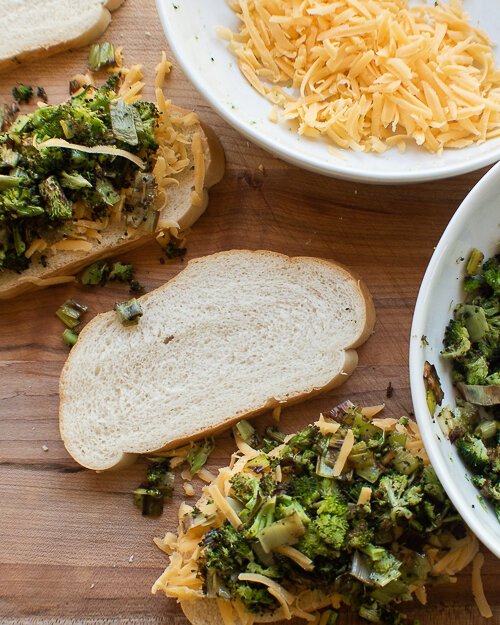 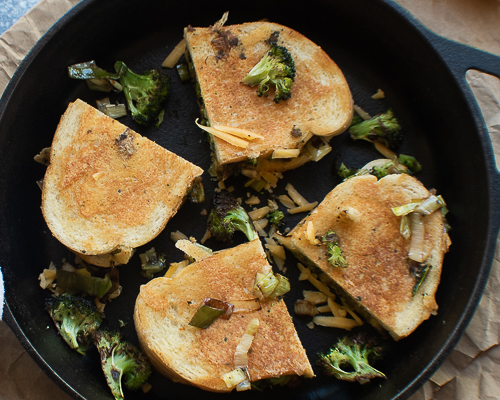