Full of delicious hash browned potatoes and healthy brussels sprouts, this is an easy, cozy meal that's just as welcome at dinner as at breakfast. 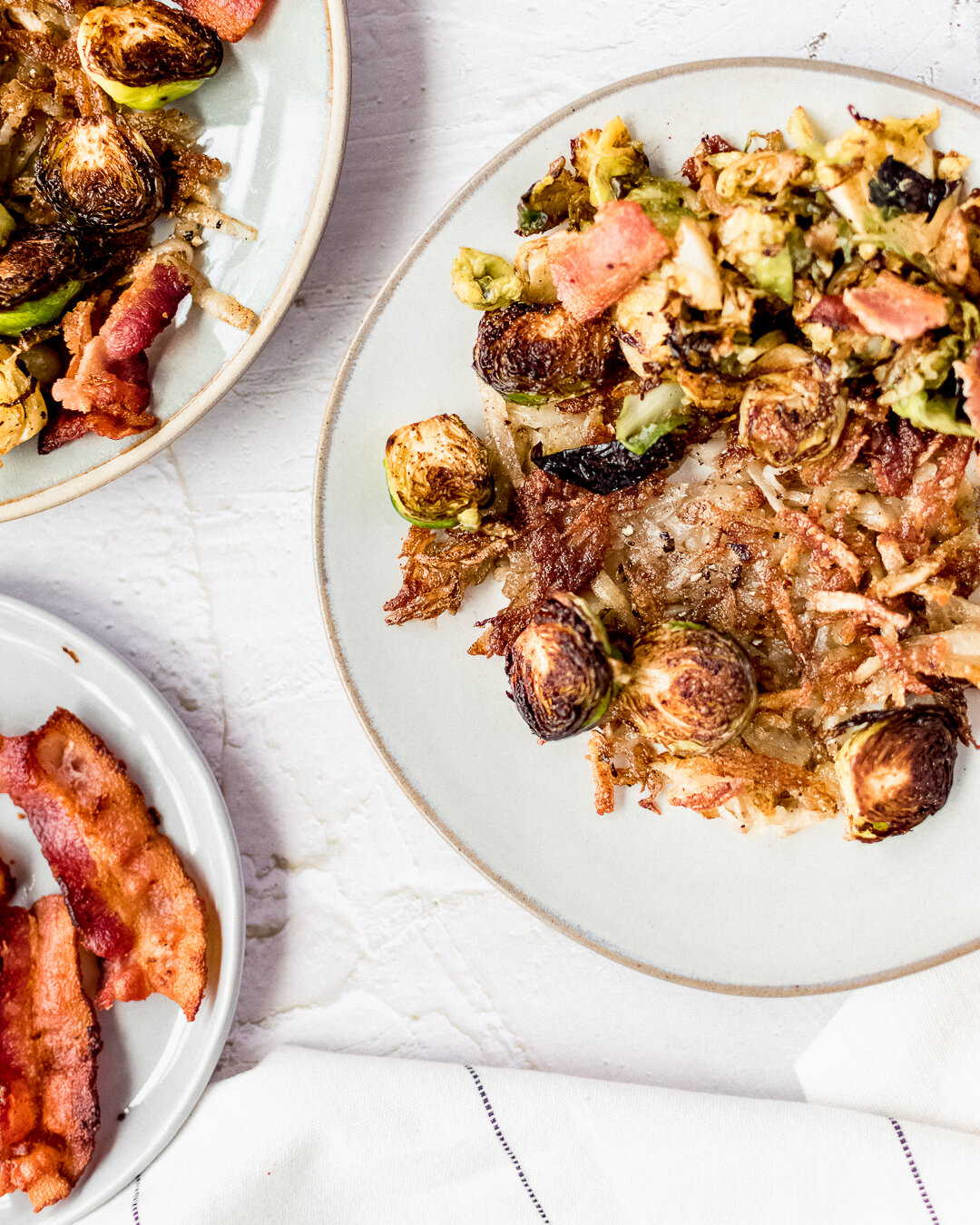 Is there a more perfect food than hash browns?  Crispy pan fried potatoes pan fried with butter over high heat for a crispy crunch crust.  Say that five times fast.

One of my very very favorite meals is the hash browns at Waffle House.  I usually get them with ham, chili, and cheese on top but they are pretty perfect on their own as well.  Given that the pandemic has put the kibosh on dining out for us.

The only thing that could make it any better would be to add bacon and sauteed brussels sprouts to it.

Now, I’m not going to claim that this is a healthy dish.  It’s not, by any stretch of the imagination, but because of the presence of the brussels sprouts, you can at least trick yourself into thinking that you’re eating a somewhat healthy meal. 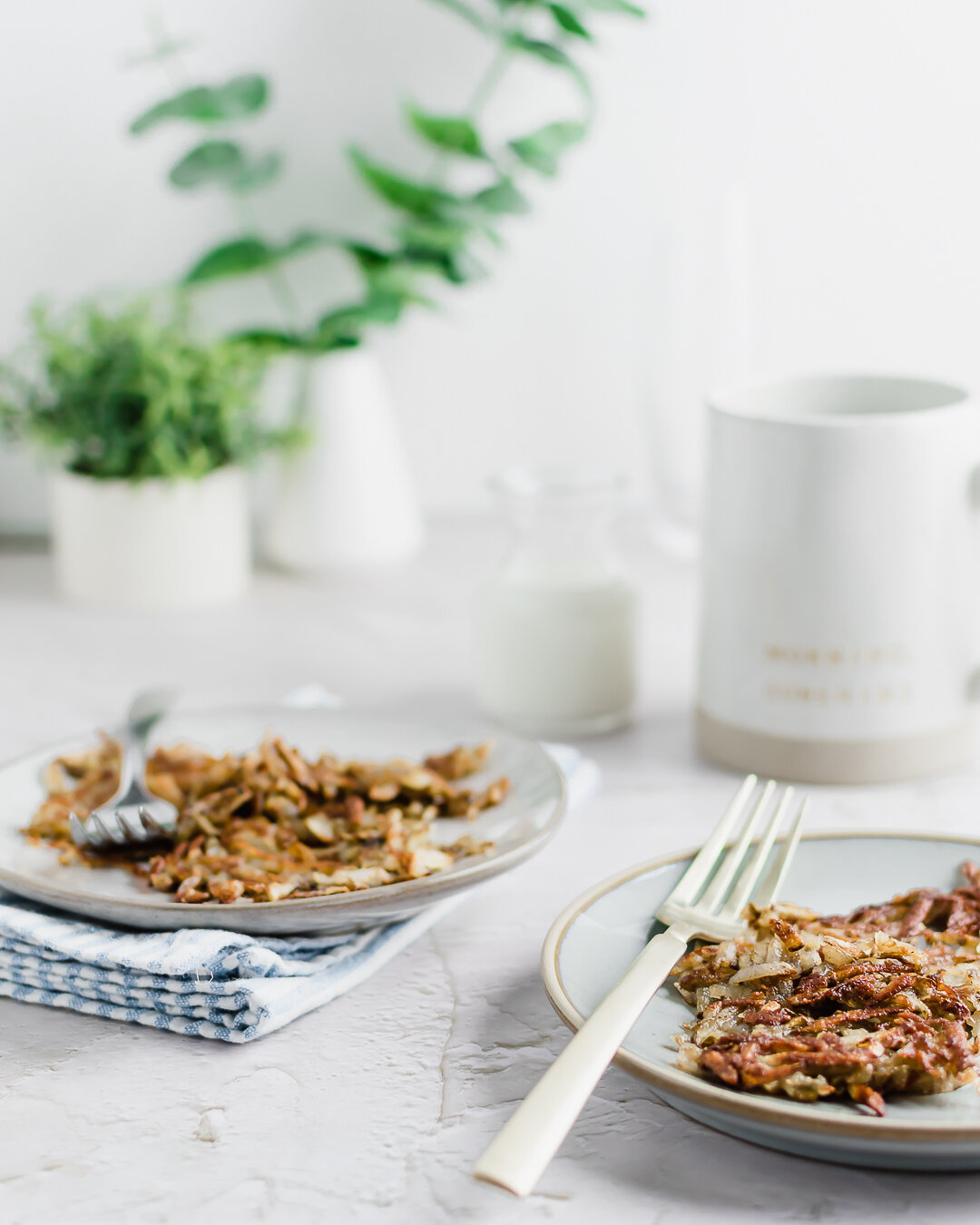 Brussels sprouts are rich in antioxidants, high in fiber, and high in both vitamin C and vitamin K.  They’re a powerhouse food that took a bum rap for far too long, and I for one, am happy that they’re getting their moment in the sun these day.

Everyone goes on and on about how good sweet potatoes are for you, and I’m not going to deny that.  Personally, I’m not a fan of them.  They’re too sweet.  But luckily, regular russet potatoes when eaten in moderation are also very good for you!  They’re high in fiber if you leave the skin on and contain antioxidants, they have been shown to help control blood sugar.  They’re also cheap, filling, and incredibly versatile.

To Make the Bacon and Brussels Sprout Hash 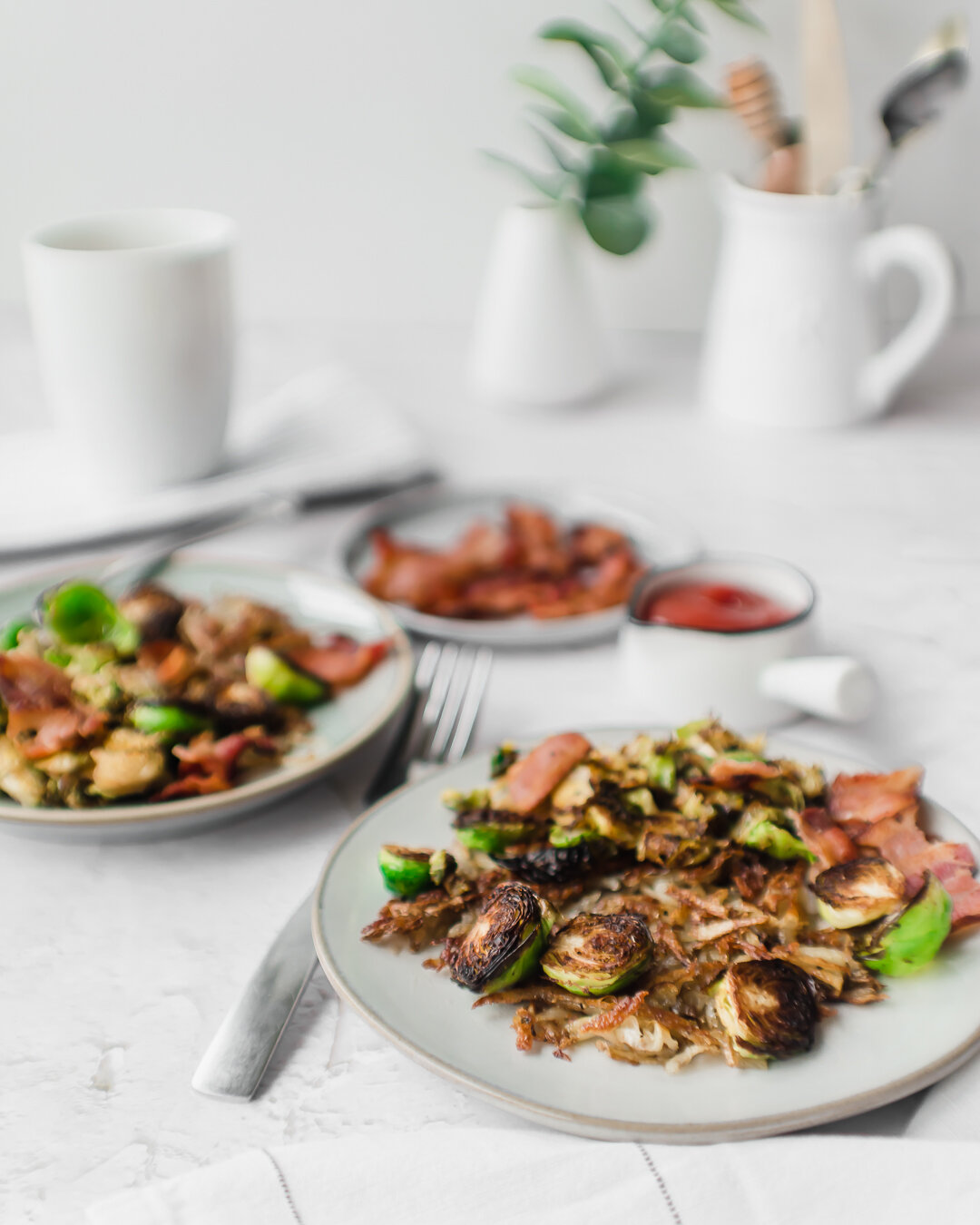 If you like this recipe, take a look at these: 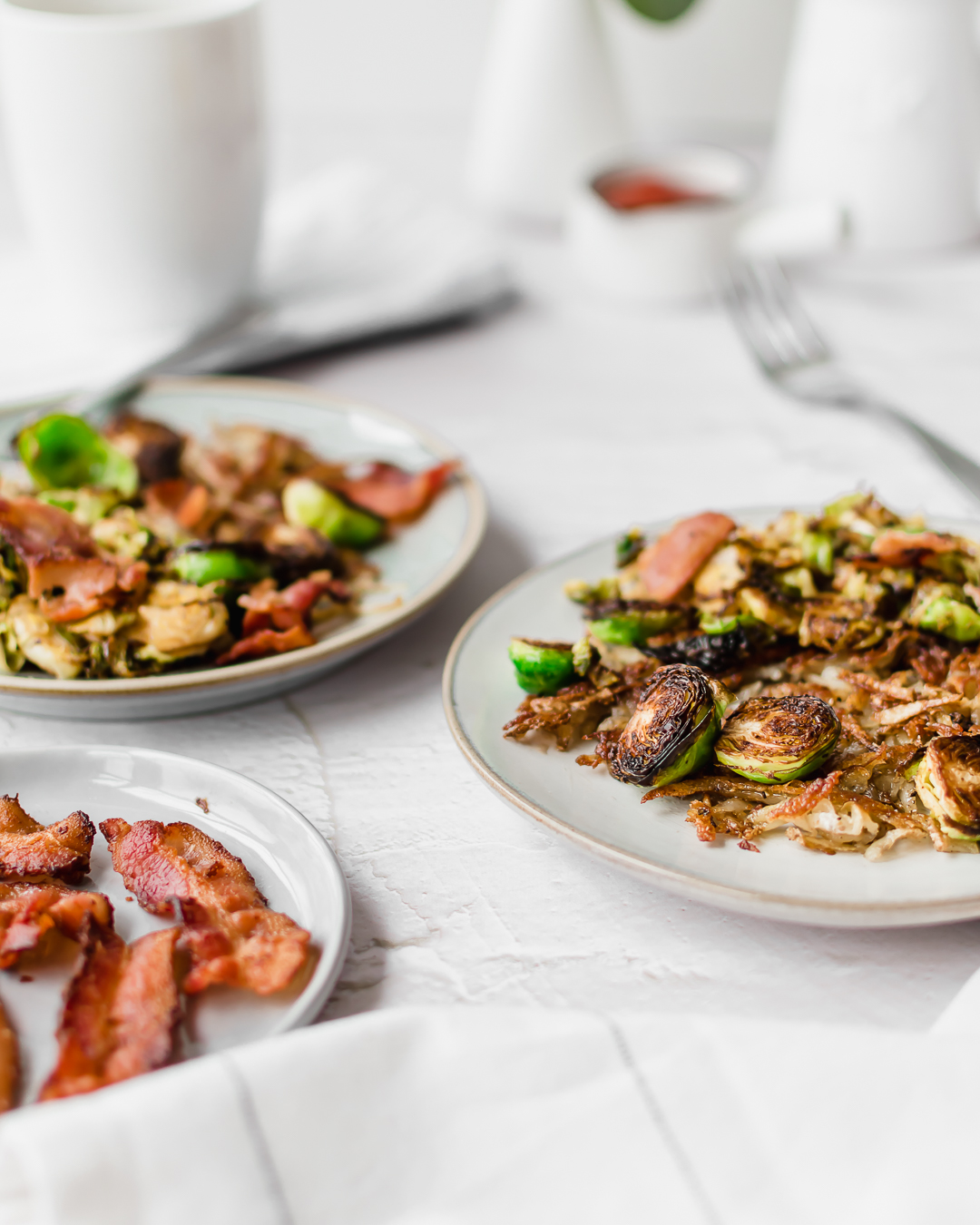 Full of delicious hash browned potatoes and healthy brussels sprouts, this is an easy, cozy meal that's just as welcome at dinner as at breakfast.

I know that most hash brown recipes call for soaking the potatoes and then squeezing out all the liquid. You don't want to do that here - the starch mixes with the salt and the butter to form a crispy crunchy potatoey crust that is so so good.