I wish that I could say that I am unique when it comes to Brussels Sprouts.  That I was that weird outlier kid who loved them and reached for them when they were being passed around the table at thanksgiving.  Or that I was the one who saw that they were poised to take over from Kale as the Next Big Thing.  That I was on the front wave, and I’ve been serving people Brussels Sprouts and changing hearts and minds for the last 10 years.

None of that would be true though.  I hated Brussels Sprouts as a kid.  The bowl full of little boiled cabbages always moved from hand to hand as it was passed around the kids’ table, with parents admonishing us that we had to at least try one before moving on to stuffing and mashed potatoes and pie.

And in turn, I came around on them about 5-6 years ago, when my mother in law made them one Sunday dinner, sautéed with bacon and balsamic vinegar.  I dutifully took 2 of them to be polite, tasted one, and immediately stood back up to return to get more.  I’ve been a convert ever since, and now make them at least every two weeks.  Sautéed is still my favorite way to go with these, but they’re also fantastic roasted, and they go perfectly with pasta.

They also make an AMAZING pizza topping.  It took me a few tries to get this where I wanted it, but it was so worth the wait.  Make this pizza – you wont be disappointed. 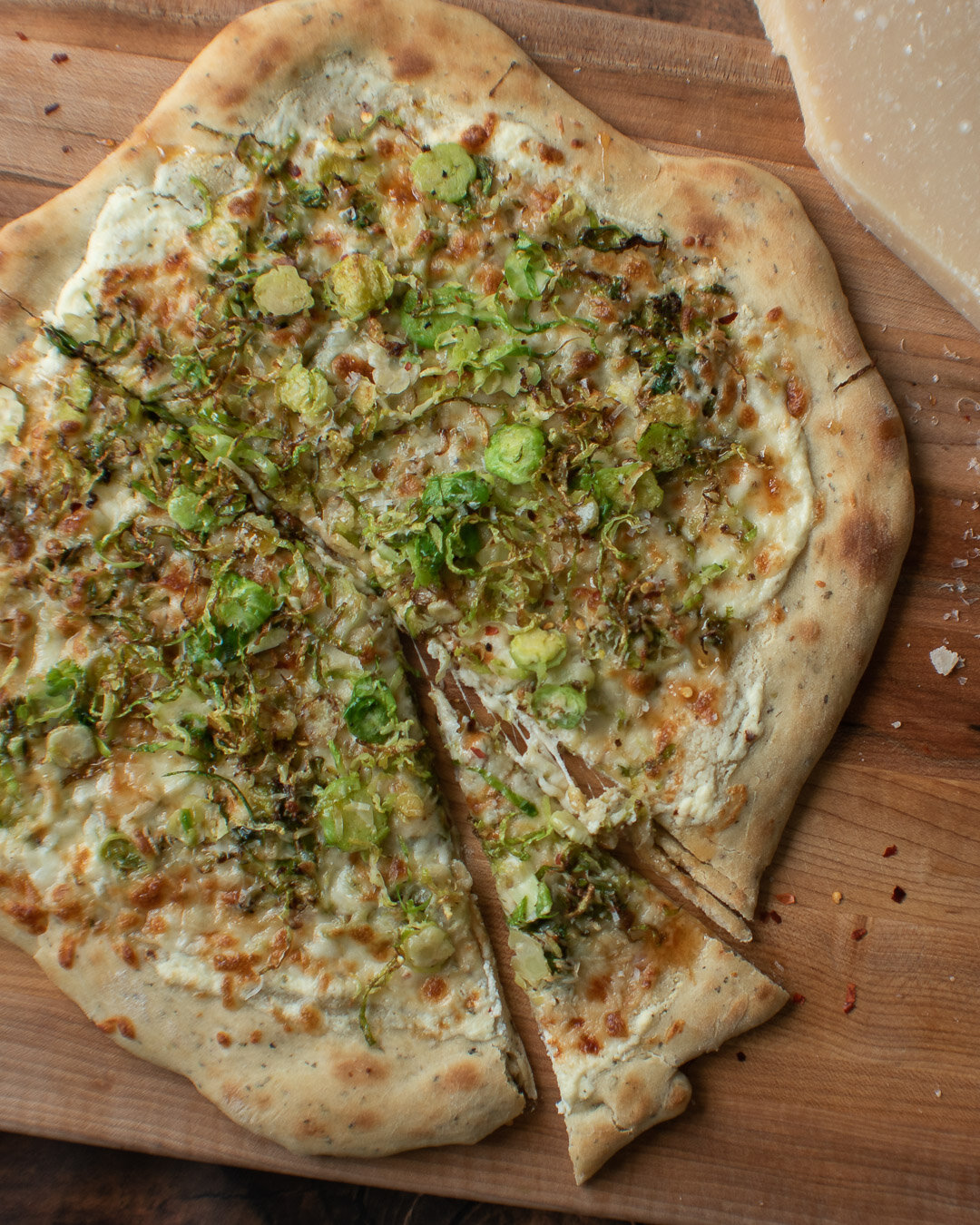