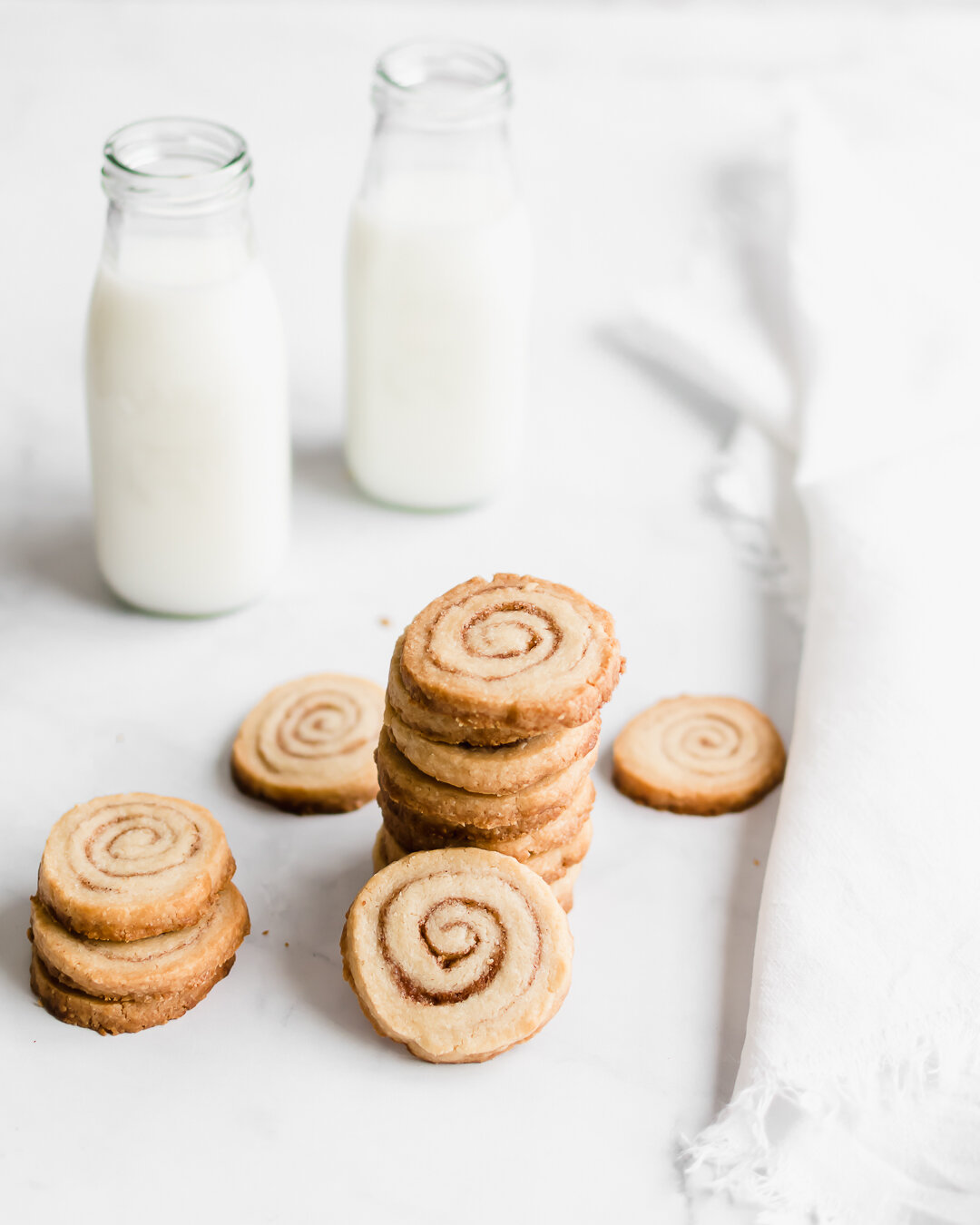 There’s something about the idea of teatime that so incredibly appealing to me.  Maybe it’s my British heritage, but the idea of basically stopping whatever you’re doing for a spell in the afternoon and enjoying some tea with tiny sandwiches and cakes and cookies.  And okay, I’ve never actually enjoyed an English high tea, so if you’re British, please don’t come for me, and please don’t disabuse me of my (probably painfully wrong) ideas about what teatime is.

My maternal grandmother (whose family descends directly for Cornwall) spent the last 20 years of her life in an independent living facility that hosted a Coffee Klatch everyday at 3pm.  As an inveterate baker, she was often tasked with providing a cookie or cake to bring to these daily meetings.  I’ve spoken before on the blog about the shoebox full of recipes that she left me when she passed away, and how I’m working my way through them.  This recipe for Cinnamon Swirl Cookies was in that box, and I’ve since found basically the exact same recipe in my copy of The Perfect Cookie by America’s Test Kitchen, so you know it’s going to be good.

These delicate little crispy crunchy cookies are a perfect teatime treat.  After far too many hours watching The Great British Bake Off, I’ve come to learn that the Brits like their cookies (biscuits) crisp, and while I’m far too American to give up my giant, chewy, tender cookies; I can understand why.  There’s something fancy about biting into a thin little cookie disc that isn’t overwhelming in its flavor and that has that perfect little snap. 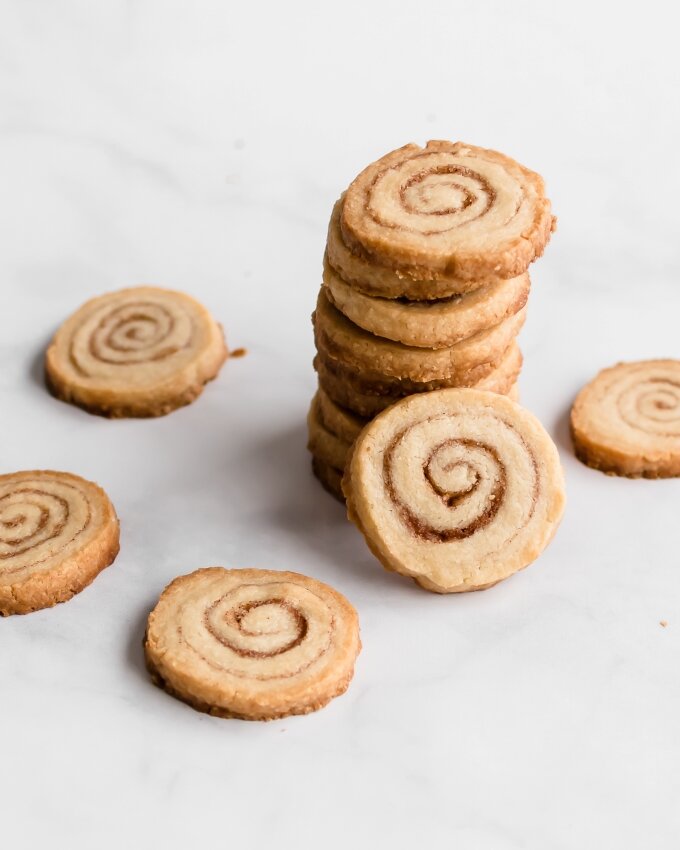 These are a butter cookie all the way.  Two sticks of butter are called for in the recipe, and you can tell the second you bite into one.  They are buttery and crisp and delicious, with just the right amount of cinnamon.

Make yourself some tea and pretend to be fancy. 😊 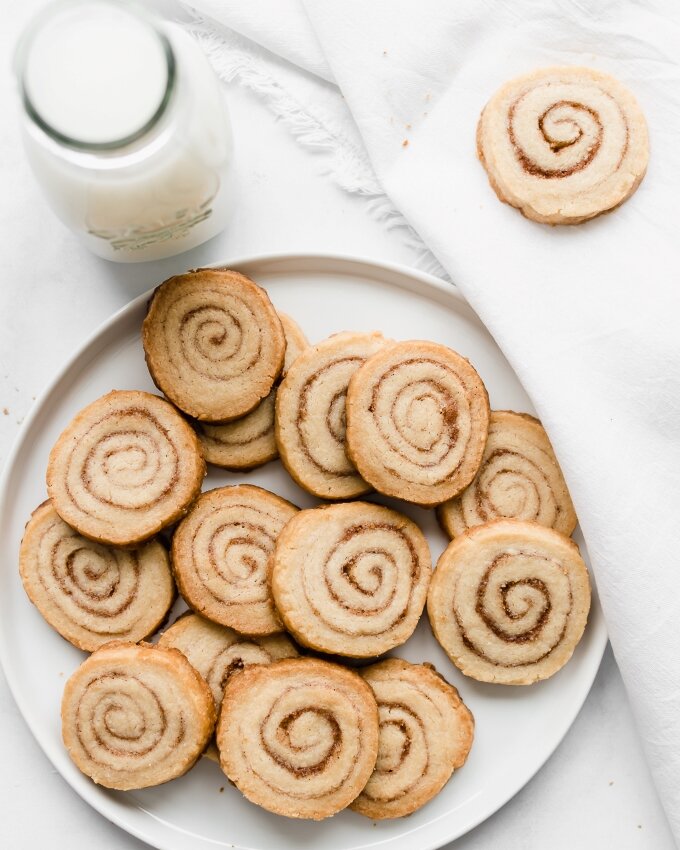 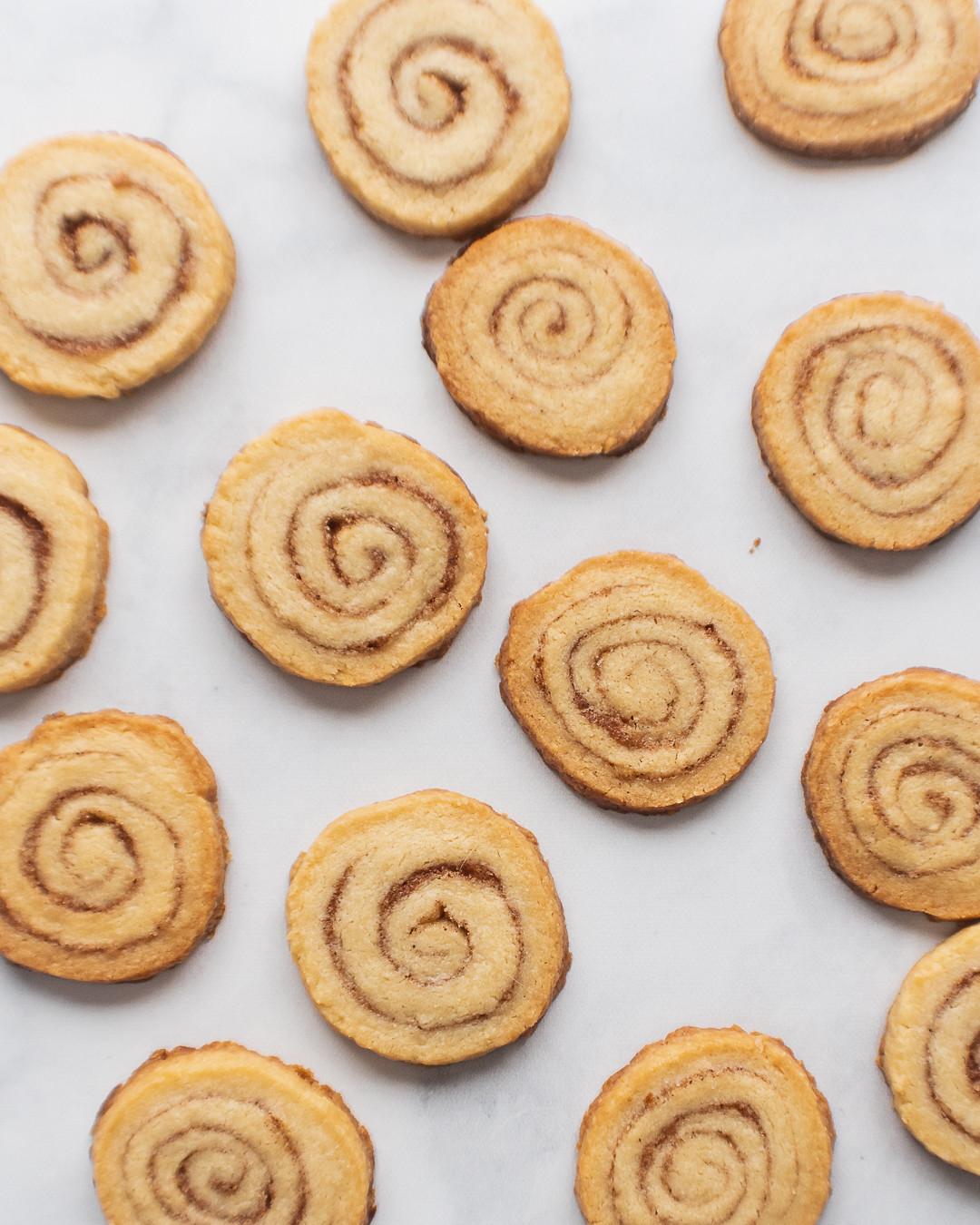 *to make superfine sugar, just run regular sugar through a food processor for about 30 seconds.