For a time in my early 20’s I worked as a waitress at a place called LaRosa’s Pizzeria, an institution in the Cincinnati area. One of the things they offered on the menu was (and still is) Baked Onion Soup. I asked my manager once why we didn’t call it French Onion soup, and he told me that because they didn’t cook it with wine, it couldn’t technically be called French Onion. So the Champagne of soup, I guess? It’s entirely possible he was just making something up, but I’ve believed it ever since.

This soup, made with SO MANY ONIONS, cooked slowly and de-glazed several times to build flavor is definitely traditional French Onion Soup. It takes an entire afternoon, and you’re going to cry buckets while you cut 4 pounds of onions, but it is just so worth it. If you have the knife skills, or you want to work on your knife skills, I cant think of a better way to practice than on this dish. Just make sure to use your sharpest knife - the sharper the knife, the less you cry from cutting onions. On your next rainy weekend, take an afternoon and make this soup - you wont be sorry. 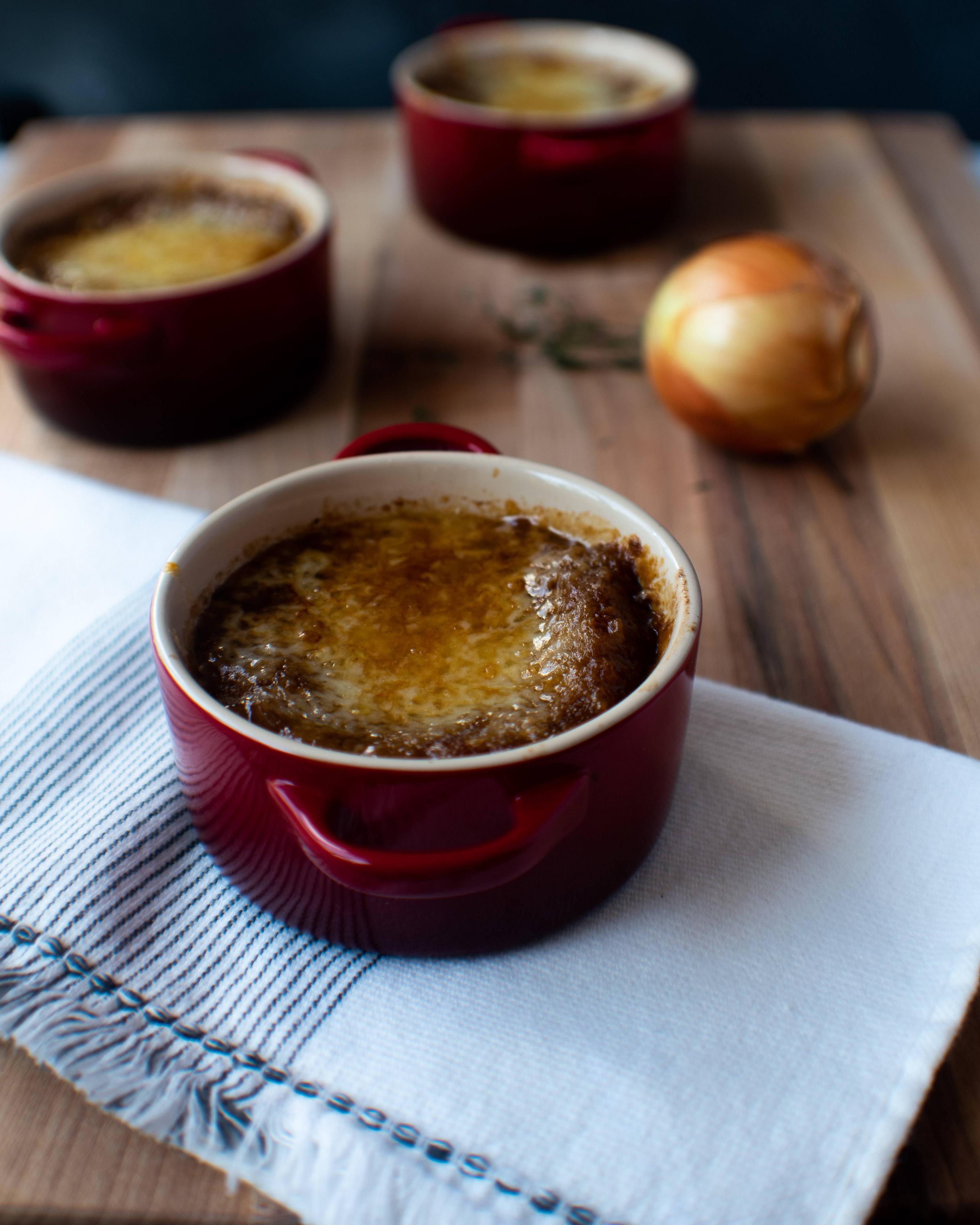 A traditional French Onion Soup with a long cook time and an extraordinary flavor. A perfect meal to make on a rainy sunday.

To Make The Soup
To Make the Croutons

After you get to step 6 in the soup making process, you will taste the soup and think it's not very good. This is totally normal. The magic happens when the bread and cheese is added in. They really do make the entire recipe work.