Crispy, creamy and fluffy with a great potato flavor, these hash browns come together quickly to make a golden, buttery base for a simple breakfast at home. 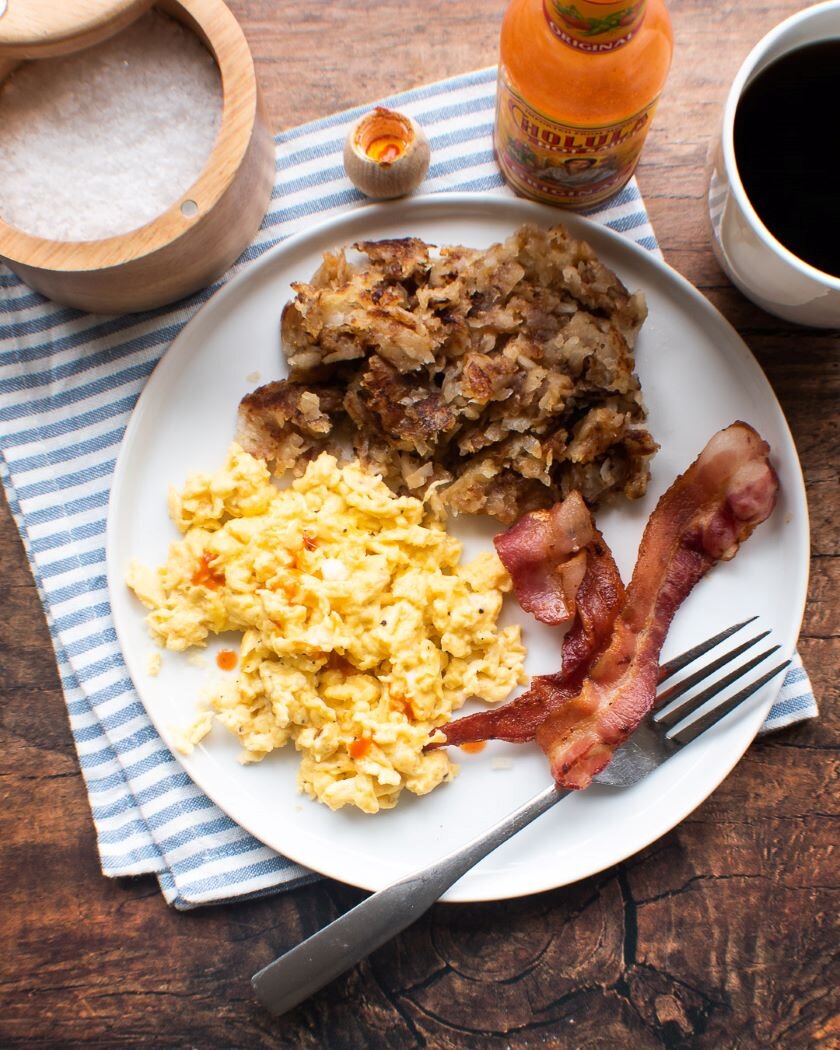 I believe there are two kinds of people.

1. The people who hate Las Vegas, and immediately clench up when a conference is mentioned because they know they might have to go.

2. People who LOVE Las Vegas, and count down the days until their next trip.

I fall firmly in the latter category. My first time there was in 2016 and I was bewitched the second I stepped off the jetway into the terminal to see rows upon rows of squawking slot machines set up in V’s, like neon geese flying south for the winter. The tourists are mostly easy to spot. Midwesterners in jean shorts and comfortable tennis shoes. The locals who are just trying to get through this ordeal as quickly as they can passing by the groups of bros in town for various bachelor parties. They’re looking forward to golf and legal weed and burlesque shows, hoping for an epic story to tell their co-workers next Monday. And then you leave the airport, and head North to the strip where the buildings are massive and gaudy, the very best kind of spectacle. The hotels pump in coconut scented air, and you cant take two steps without someone trying to sell you something. It’s amazing and I love every single second of it. That first trip was taken a few days after the 2016 election, and I was still a little tender, still a little scared of what the next four years would hold (hoo-boy, do I wish I could go back to those days), and Vegas was a balm to my battered psyche for those three days. I spent money I couldn’t really afford to lose, I walked what seemed like hundreds of miles a day, I people-watched, ate some of the best food of my life, and I fell in love.

There are 8.7 million restaurants in Las Vegas (I’m pretty sure this is factually accurate) and my absolute favorite is Mon Ami Gabi, a French bistro in the Paris Hotel and Casino. If you go early enough you can get in without a wait to sit on a patio overlooking the Bellagio fountains, and, I am being literal here, it has the best damn hash browns I’ve had in my entire life. I asked the waiter what the secret was, and all he would tell me is that they’re fried in bacon fat.

We were supposed to go in April but then Covid happened and even though were were still debating whether or not to go as late as mid-March, Vegas made it easy on us by closing itself down for the month of April. Since I wasn’t able to go the hash browns, I’ve worked to bring the hash browns to me. They’re not quite as good as they are in Vegas but honestly, isn’t that part of the magic of a vacation breakfast? 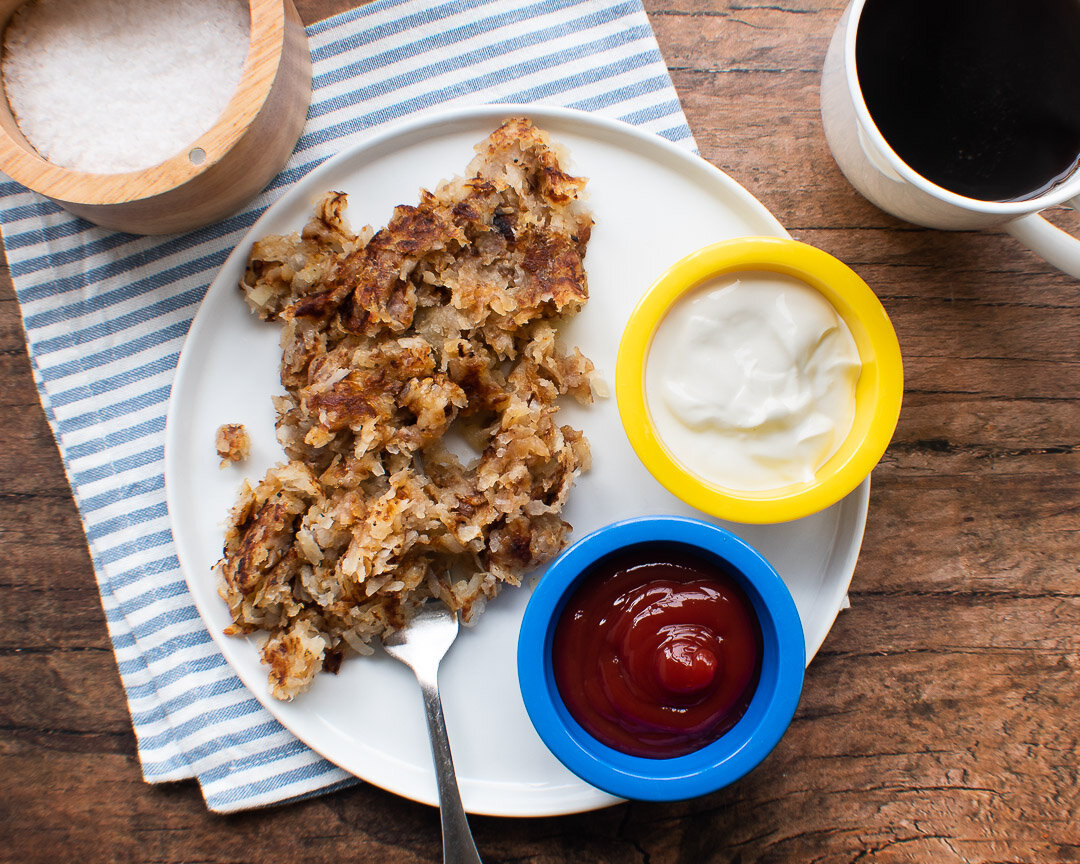 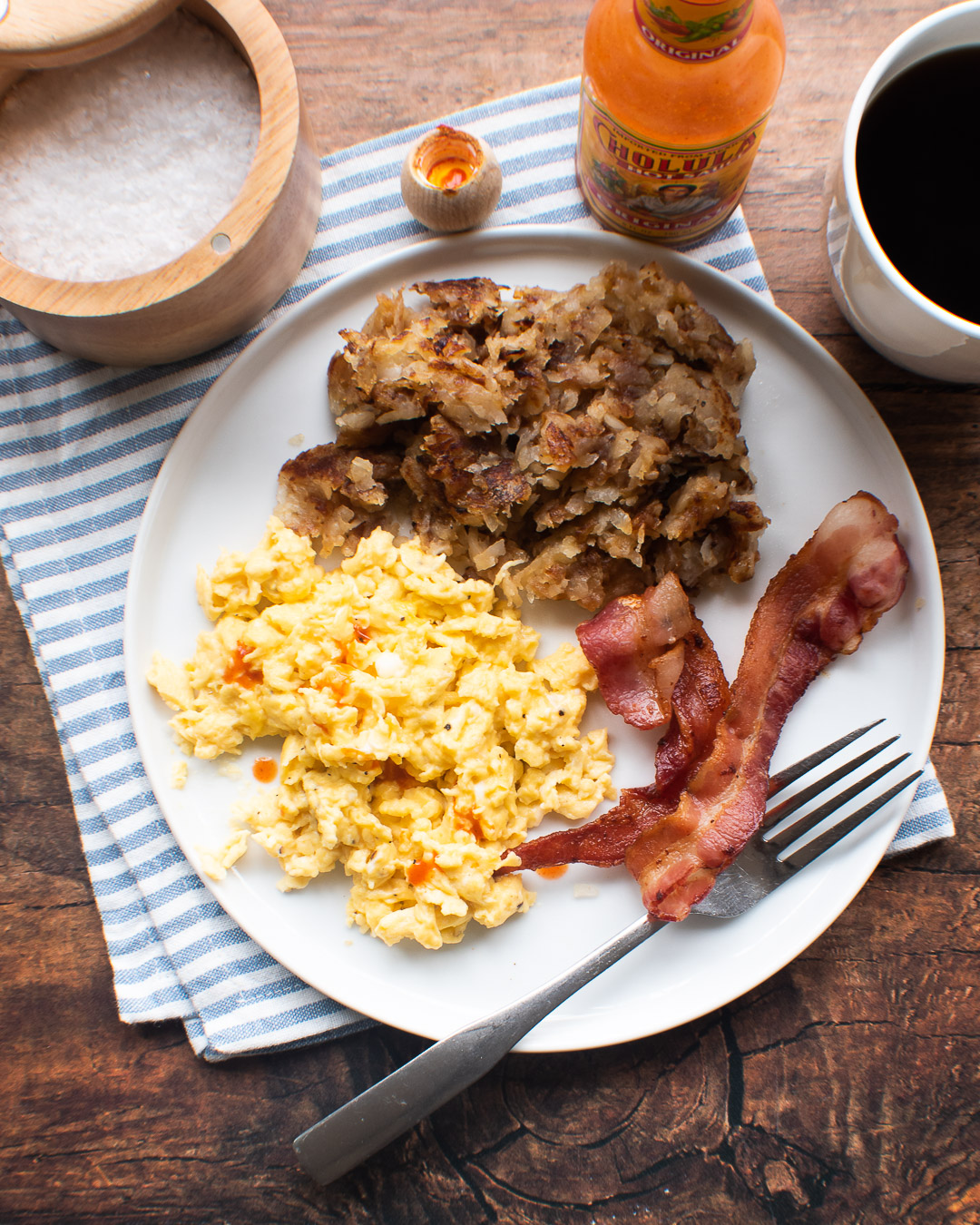