This kale, carrot and potato hash recipe is a great side dish, or an even better vegetarian main dish. It can even be vegan with a few simple changes.

This vegetable hash recipe is a great side dish, or an even better vegetarian main dish.  It can even be vegan with a few simple changes.

I’m going to go ahead and say that I hate the word “hash”.  I feel like it doesn’t do justice to the dishes that it represents.  Hash just seems like a somewhat unappetizing word for something that’s so delicious.  I would maybe even go ahead and call this a bowl meal, rather than a hash.

Like most great food inventions, hash came to be as a way to repurpose leftovers.  Corned beef hash is probably the most famous hash out there, and is absolutely delicious.

If you have leftover roasted carrots or potatoes, this is a great way to use them up.  But if you know that you’re going to be making this dish you can save time by doubling the amount of potatoes in a dish from earlier in the week.

This isn’t the most attractive dish in the world, but it’s incredibly delicious, and filled with powerhouse good-for-you ingredients that will keep you full for hours.

Substitutions and Alterations for Kale, Carrot, and Potato Hash 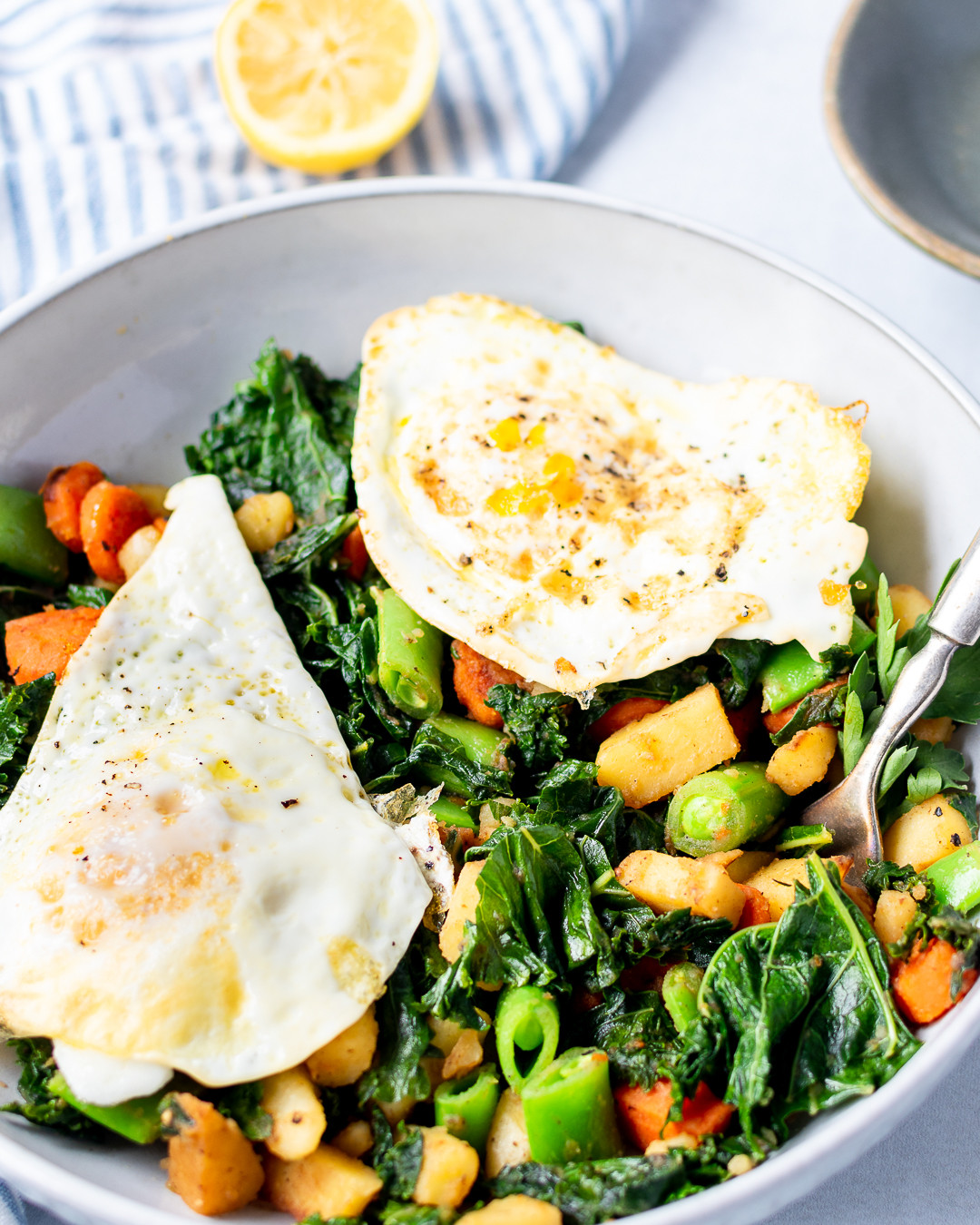 This vegetable hash recipe is a great side dish, or an even better vegetarian main dish. It can even be vegan with a few simple changes.