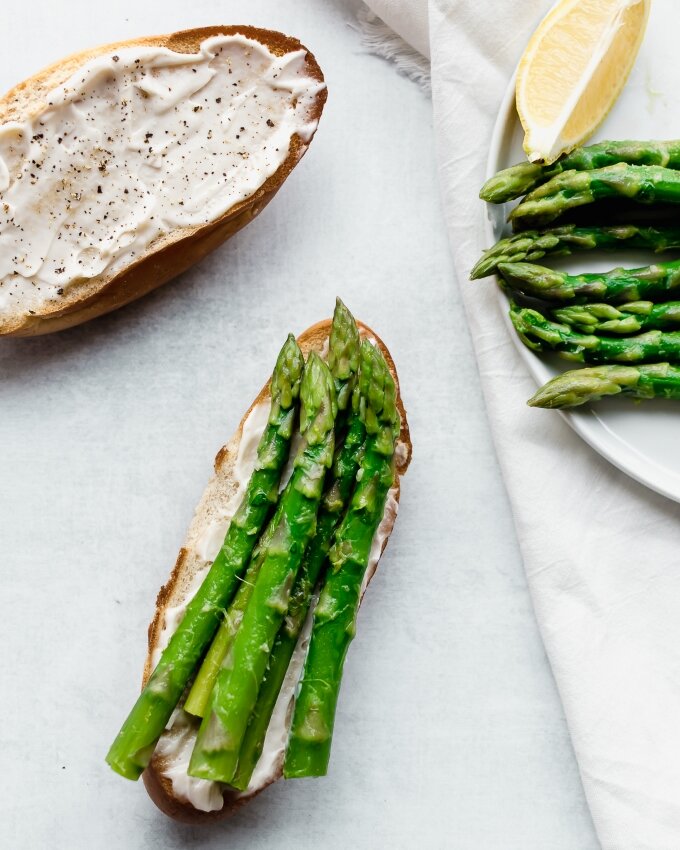 I think I’ve mentioned a few times before that during the months of March and April I basically eat asparagus like it’s my full time job.  I’m honestly so sorry that I’ve waited so long to share this recipe (non-recipe really) with you, because we’re definitely out of the height of asparagus season, but today is National Asparagus Day, so I figured what better day to share this amazing recipe.

When I say recipe I really do mean that loosely.  It’s essentially a tomato sandwich, but you substitute asparagus for tomatoes.  If you agree with me that tomato sandwiches are one of life’s greatest underrated pleasures, I hope that you’ll love this asparagus sammie just as much.

To start, you cook the asparagus however you like it.  For me, that generally means roasting because I think that all vegetables are just better tasting roasted and a little caramelized from a super hot oven.  But if steaming is your thing, go for it.  I’ve made this sandwich with the asparagus cooked in multiple different ways and they were all amazing.

Next, you toast some bread.  A baguette, sandwich bread, a bolillo roll – whatever looks good.  I prefer this with a soft white bread because that’s how I always made tomato sandwiches, but it would be good with basically any time of bread.  Go to bread town.

Slather some mayonnaise on the bread.  Don’t be shy about it either.  I generally do 1 to 2 tablespoons per piece of bread, depending on it’s size.  And use good mayo.  I like Duke’s. Or you could use this opportunity to make homemade mayo?  That would be awesome.

Load the cooked asparagus onto the mayo covered bread.  Sprinkle with some salt and pepper and a squeeze of lemon juice or a splash of white wine vinegar.

This meal is simple-fancy in the best possible way.  When I eat it, I feel like I’m sitting at a café in Paris or by a lake in Italy (neither of which I’ve ever actually done) eating a simple lunch of really good bread and veggies.  Yes it’s not the healthiest of meals if you count the bread and mayo, but the asparagus makes up for it, in my opinion. 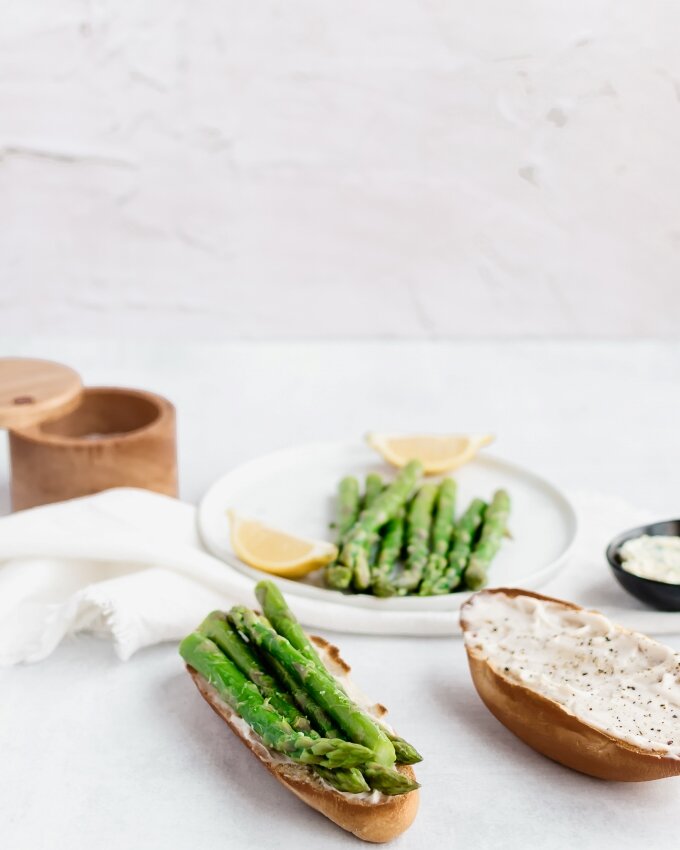 Full of nutrients, asparagus is one of the healthiest vegetables out there.  Super low in calories, but high in fiber and protein, it’s a nutritional gold mine.  Asparagus holds a ton of antioxidants, and is high in vitamin C, K, and A.  My only gripe with asparagus is that its season is relatively short, and out of season it’s both a little skimpy and very expensive.  That’s why I try to eat as much of it as possible during these early spring months.

If you’ve clicked on this recipe, I can assume that you’re an asparagus fan and that you’re searching for a new way to make it.  Do yourself a favor, and make this immediately.  There’s still a decent amount of relatively inexpensive asparagus to be found, even this late in the season.

If you don’t like asparagus, I don’t really understand how you found your way to this post, or got this far into it, but this could very well be the recipe to turn you around on the dish.  It’s literally everything.  Try it once, and I bet you’ll be hooked! 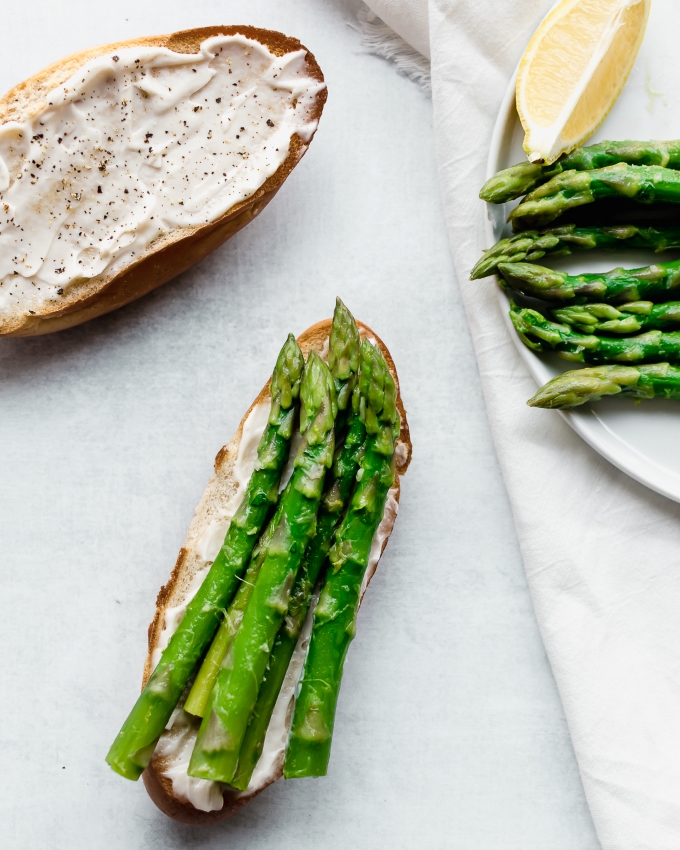